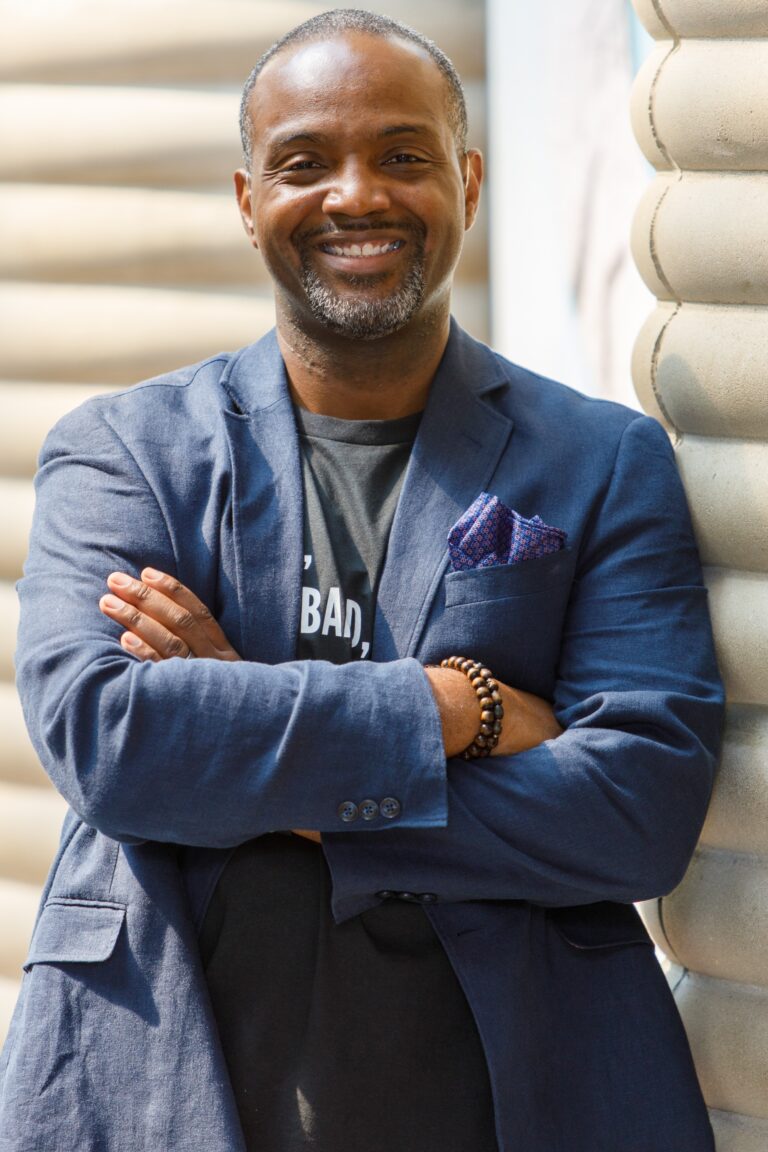 As an avid reader, I frequently encounter unflattering depictions of African-American men. As a man, I know that those depictions are limited and too often stereotypical. As an artist who creates with words, I intentionally craft stories that focus on overlooked and uncelebrated, but important aspects of African-American men and their families. My writing shares the richness of our stories.
As a publisher, I know that the desire to share diverse, nuanced, and inspiring stories of our cultures is a passion shared by many. With Fielding Books, I aim to provide a platform for those with that passion to share our stories.

Dr.Sabin Prentis Duncan is a husband, father, educator, and creator of Literary Soul Food. He holds an Executive Masters from Georgetown University’s McDonough School of Business, Doctorate and Specialist degrees from Eastern Michigan University, and Masters and Bachelor degrees from Hampton University.

from Reflections from the Frontline and was previously published by Audible Voices and Written Magazine. These and other requests for repetition are recurring lines in my everyday conversation. I’ve been called self-centered, a poor listener, deaf and a litany of other things. While none of those labels accurately describe me, two words do: Hearing Impaired.

Being hearing impaired has shaped my personality, my relationships and my confidence. While I have been blessed to experience some success in my life, I also had to work twice as hard to achieve it. Graduating with honors from college did not happen because I was so smart.  It happened because I went to every class, sat in the front row and read the entire textbook to compensate for what I did not hear in class. Friends trust me with their deep whispered secrets, assured that I will never repeat. However, what they may have never known is that repeating whispers is beyond my capability.

As a Black man in America, I am unfortunately and keenly aware of how people attempt to define me by what they see. So much of my life experiences have been spent countering stereotypes and disproving myths. I have been equipped to deal with society’s fears regarding Black males.  I developed a knack for progress, despite racism. Yet, being a man and being Black are things people can see; living with a hearing impairment is not something others can see.

To my knowledge, there are no scholarly manuals, no public service announcements, and no talk-show debates for people with invisible disabilities. We just live subjected unfair prejudges and frequent misunderstandings.

Simple life experiences such as hearing the purr of a cat, the coo of a baby and the intricacies of a conference call, have been experiences I missed. Not that I was not paying attention or was too self-absorbed, but because I simply could not hear them. Before I was married, I attempted to dissuade dating prospects from talking on the phone. Instead, my meager romantic cover-ups were along the lines of “Baby, I’d rather hold your hands and look into your pretty face, so I can see what you’re saying.” They were unaware that because I rely on lip-reading, my comments were to be taken literally. Now within the safety of marriage, my wife and I have a co-dependency, I can see very well so I point out what’s ahead and she can hear, I suppose with regular hearing, so she restates information I miss. Thank God for her patience, because at the movies, I nudge her constantly to catch up on the dialogue.

Once I had a friend over to watch the game. He made a flippant remark about the close captioning blocking the view. His intentions were innocent, but the wound was deep. Another time in college, I was in the backseat of a car exchanging erroneous dating tips with some classmates, one quipped about me being deaf after I continued to say “what’s that?” That was my last time hanging with those clowns and the other friend still wonders why we don’t watch the games anymore. I know that those brothers are good guys, but in the years that have passed I haven’t been able to resolve the bitterness.

People who care have attempted consolation by assuring me that no one is perfect, that we all have flaws. True, I have flaws but I never believed being hearing impaired was a flaw. I never believed that God made me this way as some sort of punitive sentence. I have wrestled with the idea of getting hearing aids and whether that is a rejection of how God made me. Sounds like a cop-out, another barrier erected by fear, but since I am a progressive brother I just masquerade my intent to get hearing aids as an annual New Year’s resolution.

I have become adept with perfectly timed, “is that right”, “get out of here”, “for real”, “I see”, “wow”, and other conversation fillers; yet, I know that I have no idea what the other person is talking about. And my ability to tune-out is almost uncanny simply because I have to work so hard to tune-in, tuning-out is nearly a natural state. Moreover, my patience and understanding for others is high, because I hope that by being patient and understanding to them, hopefully they will return the favor.

My daughters are hearing impaired. Earlier this year, my eldest was enthralled with another episode of Yo Gabba Gabba! when she innocently turned to me and asked, “Daddy, can I have those things in my ear so I can hear better?” Being the cool father that I am, I replied “oh baby, daddy will get those things for you and I’ll get some too, we can get them together!” Her response was “yeah!” as she returned to DJ Lance Rock and the rest of the Gabba crew, which was good, because she did not see the tears that followed my statement. She wouldn’t have been able to grasp how her little inquiry sent a massive wrecking ball through years of fears and insecurities. She may never understand that without her, Daddy would have never gotten hearing aids.

Each morning, I walk my little angel to her kindergarten class. Each morning, before we enter, I take the time to put her hearing aids in her ears. I do that because I admire her casual strength in allowing her classmates to witness this moment. I also use it as a daily reminder not to project my anxieties onto her. She gives me a kiss and a big hug and joins her classmates in their morning routines with letter games, blocks and puzzles. I stand there, thanking God and reliving the irony that the child helped the parent. I’m supposed to bandage scrapped knees, smush spiders, turn on the nightlight, and all those other things to help my daughters overcome their fears. But it took a simple question from a five year-old to release me from a prison of barely audible fears.